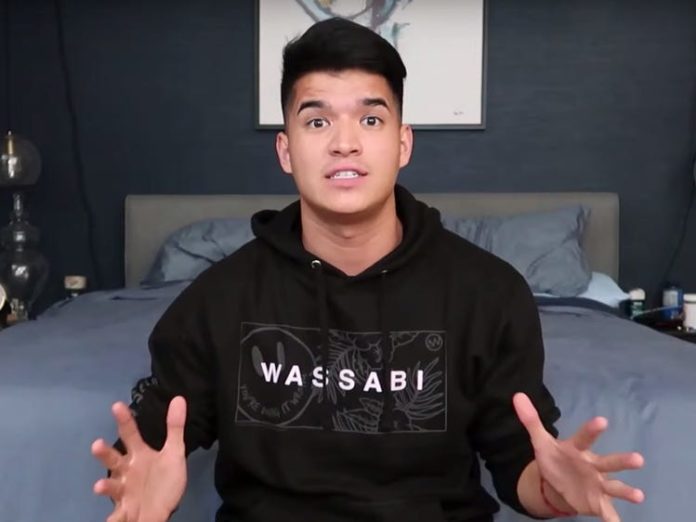 The trend of watching and liking parody videos on YouTube has increased among the viewers. People who are a fan of funny parody videos definitely follows Alex Wassabi and his YouTube Channel, Wassabi Productions, or hoiitsroi. He was born as Alex Burriss on March 28, 1990 but he is popularly known as Alex Wassabi.

He teamed up along with his friend Roi Fabito and makes hilarious parodies of music videos. His channel ‘Wassabi Production’ is the most successful YouTube channel which has millions of subscribers and viewers. Since his high school, Burriss was considered to be the class clown who had a talent for making people laugh.

He has revealed that he receives weird stuff and comments from fans, including inappropriate things. He had collaborated with Amazon Prime and was featured in the ‘Prime For The Holidays’ campaign.

To become a successful YouTuber, one has to go through the struggle and has to start from the scrap. Alex Wassabi, a young internet personality has accumulated the net worth of $12 million US dollars approximately.

Alex Wassabi was born in Montana to Adam and Maribel. He was raised in Lexington, Kentucky along with his two brothers Aaron and Andrew Burris who are also Youtubers and a sister named Mariah Burriss. He attended a middle school in Durham, North Carolina where he met his friend, Roi Fabito.

Alex Burriss and Roi Fabito attended the same school and lived in the same neighborhood. Eventually, they became best friends. In 2005, an idea of making videos came into Roi’s mind when he shared the idea and asked Alex to join. Alex was mesmerized by the idea and said yes. Since then, Wassabi Productions began and was born in 2006.

The new characters made their debut in the ‘Call Me Maybe’ parody, which received millions of views in two years. By that time, their YouTube channel gained over millions of subscribers and billions of views and became the popular YouTubers. For exposure and international popularity, they traveled to Los Angeles, Florida, and other parts of the world to meet fans, organizing shows, and pursuing adventurous activities.

As they gained a million subscribers they decided to produce weekly videos and post them on Wassabi Wednesdays. To make people laugh and spread happiness was their main motive. Alex did not limit himself to just YouTube.

He has appeared in movies like ‘The Duff,’ ‘Laid In America,’ and ‘This Is How We Never Made Out.’ To pursue his own career and goals Fabito left Wassabi Productions Hence, Alex uploads a lot of videos featuring his girlfriend and brothers.

Recently, Alex had a break up with his fellow YouTuber Lauren Riihimaki. The couple was dating for three years and became the most popular couple on social media. In September 2018, the couple announced their separation but they have hopes of reuniting after a period of self-reflection.

Here is the list of Alex Wassabi’s favorite things. Some Interesting Facts About Alex Wassabi