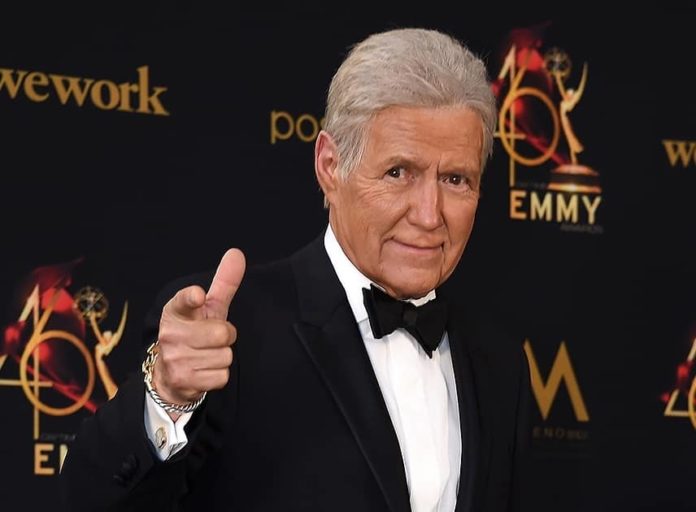 There is no secret to success. It is the outcome of hard work, preparation, and consistency, this line is very well proved by Alex Trebek who was a Canadian-born American Television personality. Moreover, he gathered immense popularity as the host of a syndicated game show on NBC, Jeopardy!.

Apart from that, he also held Guinness World Record with the world record for most episodes of a game show host, with 6,829 episodes on June 13, 2014. In fact, he caught huge public attention as the recipient of five Daytime Emmy Awards for Outstanding Game Show Host for the game show ‘Jeopardy!’ the latest win being in 2008.

Unfortunately, this versatile personality died at the age of 80 after a nearly two-year battle with pancreatic cancer. Although he is not with us, he will be in the heart of his fans because of his works and achievements.

Born on 22 July 1940, Alex had turned 80 years old in the year 2020. He was tall with a height of 173 in centimeters and 5’8” in feet & inches. He possessed a fit and healthy personality with a weight of 61 in kilograms and 134 lbs in pounds. He looked more handsome with his dark brown eyes and salt and pepper hair.

The iconic Television host, Alex has accumulated a decent amount of net worth through his longtime and prosperous career as a TV host and presenter. According to the sources, his estimated net worth was $50 million approximately.

Born and grew up in Sudbury, Ontario, Canada, Alex belongs to mixed ethnicity. He was the loving and caring son of George Trebek (Father) and Lucille Trebek (Mother). As of his education, Trebek graduated from Lisgar Collegiate Institute in the year 1957. Furthermore, he later enrolled at the University of Ottawa and majored in Philosophy.

Trebek took the first step of his career as a sportscaster and newscaster with the CBC channel. Soon, he gained a reputation for being a cool-headed and trustworthy journalist. Although he gathered much appreciation as a newscaster, he decided to change gears in the year 1966 and became the host of the Canadian quiz show ‘Reach for the Top’.

In the year 1973, Alex moved to the U.S. in order to pursue his further career. He first served as the host of the new NBC game show ‘The Wizard of Odds’ which was short-lived and lasted only one season. Later, in the year 1974, he started hosting the game show ‘High Rollers’ in which he worked for its two runs from 1974-76, and 1978-80, and also in its syndicated season during 1975-76.

Furthermore, he also hosted the second season of ‘The $128,000 Question’ during 1977-78. However, this show never registered high viewership ratings and was discontinued after the second season.

Apart from that, after hosting several game shows, Trebek accumulated huge popularity as a show host and was also invited in order to make several guest appearances as a panelist or player on various other shows such as NBC’s ‘Card Sharks’ and ‘The Magnificent Marble Machine’.

Besides this, he was also offered to host the syndicated version of the game show ‘Jeopardy!’ which was created by the versatile Merv Griffin who also created the ‘Wheel of Fortune’. Moreover, in the year 1984, Alex began hosting the show and continued this role to date.

Other than this, the show ‘Jeopardy!’ is a very unique game show in which contestants are given clues to general knowledge as answers and they are required to phrase their responses in the form of questions. In fact, they earned huge prominence and several Daytime Emmy Awards.

In the year 1991, Trebek created history when he became the first person in American broadcast history to host three-game shows at the same time – ‘Jeopardy!’, ‘To Tell the Truth’ and ‘Classic Concentration’. He also traded places on April Fools’ Day 1997 along with Pat Sajak, host of Wheel of Fortune. He also hosted Wheel of Fortune with Sajak’s wife, Lesly, as Trebek’s co-host.

Additionally, in the year 2005, he appeared on Celebrity Poker Showdown. Trebek also made his guest appearance on Jimmy Kimmel Live! On May 9, 2008. Similarly, he also appeared in many commercials for Colonial Penn Life Insurance in which he is a “compensated endorser” and also reprised his role as host of To Tell the Truth in a 2010 advertisement for DirecTV.

In fact, Guinness World Records presented Alex with the world record for most episodes of a game show host, with 6,829 episodes at the time on June 13, 2014. He returned as a panelist on the ABC revival of To Tell the Truth on June 24, 2018. However, due to his health issues, Trebek was on leave from his job as he was suffered from a subdural hematoma and had successful brain surgery.

Talking about his personal life, Alex was a married man who tied the sacred knot of marriage with Jean Currivan in the year 1990. Later, this sweet couple was also blessed with two children named Matthew Trebek (Son) and Emily Trebek (Daughter).

Earlier, Alex was single for 9 years because of his divorce from Elaine Callie, a businesswoman. He got married to Elaine in the year 1974. Unfortunately, after 7 years of togetherness, he divorced Elaine in 1981.

Here we are providing the list of favorites of Alex Trebek: 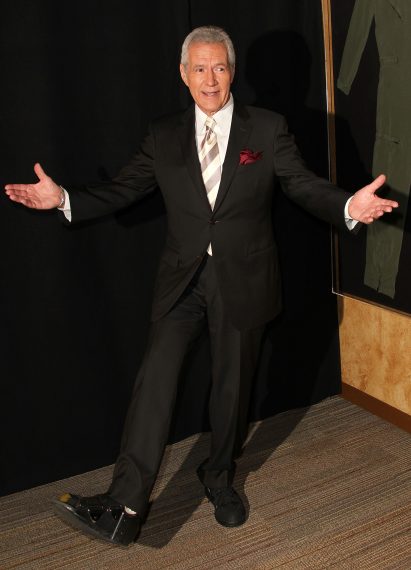 Some Interesting Facts About Alex Trebek