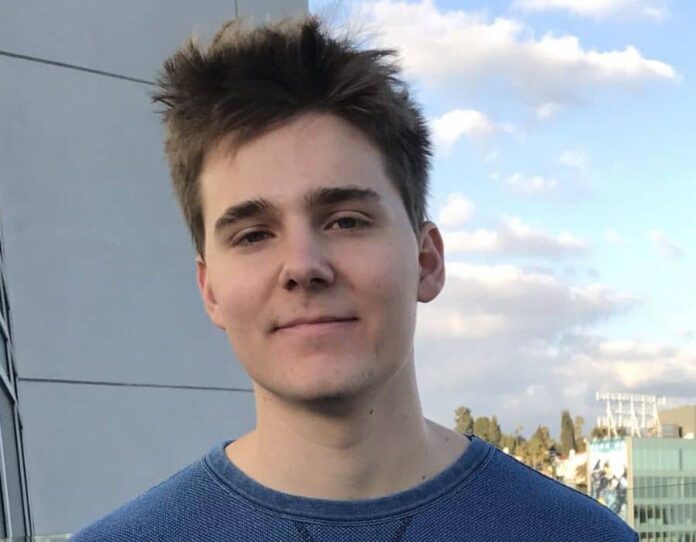 The young American YouTuber Alex Ernst is a famous social media personality whose life seems to be a constant celebration! He is a Los Angeles-based sensation who has a bunch of friends with whom he gets into some of the craziest shenanigans ever recorded and posted on any social media platform.

Along with his roommate and fellow YouTuber and Viner David Dobrik, he makes regular appearances on David’s immensely popular vlogs. He has also appeared along with Jason Nash, Scotty Sire, Zane Hijazi, Toddy Smith, and a few others, the duos view the world through their lenses, and are so dedicated to their art that they would go to unimaginable lengths to get that perfect shot, to record that perfect moment of comedic nirvana.

The whole bunch of talented boys ends up recording the same event, and it is fascinating to see what happened from different perspectives. Unlike everyone else in the group, Alex doesn’t have an active vlog on YouTube at present. But he possesses an inherent charisma and brashness, a sardonic attitude that has won over millions of hearts.

According to the sources, Alex Ernst’s net worth is estimated to be $600,000 US dollars approximately.

Alex Ernst was born in Belle Plaine, a city in Scott Country, Minnesota, USA, with Rex Ernst, and Anita Schiltz. He has an elder sister, Emma, and an elder brother, John. When he was a child, his parents got divorced. He attended ‘Belle Plaine Senior High School’ and got graduated in 2014.

For further studies, Alex did not wish to attend college. Throughout his life, he has developed the skills on social media, and making entertaining content will likely play a significant role in whatever path he decides to take. Currently, he is giving all the attention and is busy building a bond with his fans. He is an avid pet lover and has a pet white rabbit named Bailey.

In 2009, Alex Ernst created his YouTube account and started his career as a social media personality. Later, he became a part of the collaborative channel ‘OurPizzaGang’ as a contributor, taking up the Tuesday slot. Since 2013, he is making short 6-second videos for Vine.

In 2014, ’OurPizzaGang’ stopped posting content but Alex was shot to fame as a Viner. He reached the height of popularity and his account had more than a million followers, and even now, it still sports 934K followers. His Twitter and Instagram accounts are updated daily with new followers and currently, he has 366K and 763K followers respectively.

On Facebook, more than 282K people follow him. After moving to Los Angeles from his hometown, he soon became a part of David Dobrik’s daily vlog. From his vlogs, his love life is missing.

Currently, he is portraying a somewhat angrier version of himself who walks around their house without a shirt almost all the time, making frustrated expressions. Apart from his YouTube popularity, he has made an appearance on Jason Nash’s directorial venture ‘FML’. His comic timing is nothing short of the prodigal.

Here we are providing you the list of Alex Ernst’s favorite things. Some Interesting Facts About Alex Ernst