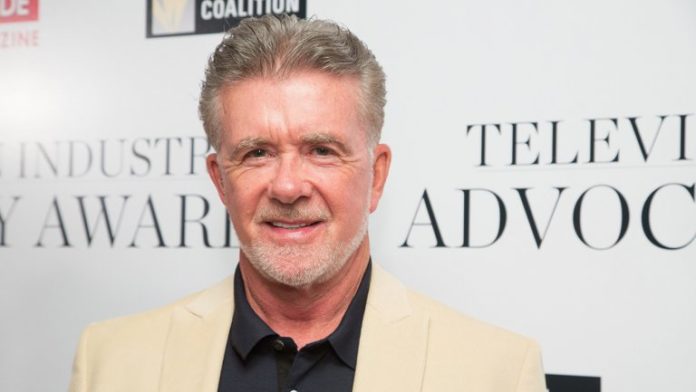 A Canadian actor Alan Thicke is also a songwriter, game and talk show host. He became famous for his role in ‘Growing Pains’ as a psychiatrist father of three children. He was born as Alan Willis Jeffrey on March 1, 1947. He was inducted to Canada’s Walk of Fame in 2013. He had an appealing voice and hence he became the first choice for hosting the game and talk show. Apart from hosting and acting, he is also a successful composer who has composed theme songs for various sitcoms. Before coming to the mainstream, he also worked as a disc jockey.

Alan’s net worth is estimated to be $40 million approximately.

Alan Thicke was born as the only son to Shirley Isobel Marie who was a nurse and William Jeffery was a stockbroker. After his parents’ separation, his mother re-married Brian Thicke who was a physician. He has a half-brother named Todd Thicke and a half-sister too named Joanne Thicke. He was sent to Elliot Lake Secondary School for preliminary education where he was elected as homecoming king. Later, for further studies, he attended the University of Western Ontario.

In the 1960s, Alan began his career by writing for Canadian Broadcasting Corp programs. He continued writing and also began composing theme songs for game shows.

In 1977, he became the producer and writer for the talk-show parody Fernwood Tonight and did the same for ‘America 2-Night’. From 1980-1982, he hosted his own ‘The Alan Thicke Show’.

He received major breakthrough from ‘Growing Pains’ where his character was adored by the audience. His success was followed by numerous guest appearances on both daytime and prime-time TV programs. Some Interesting Facts About Alan Thicke