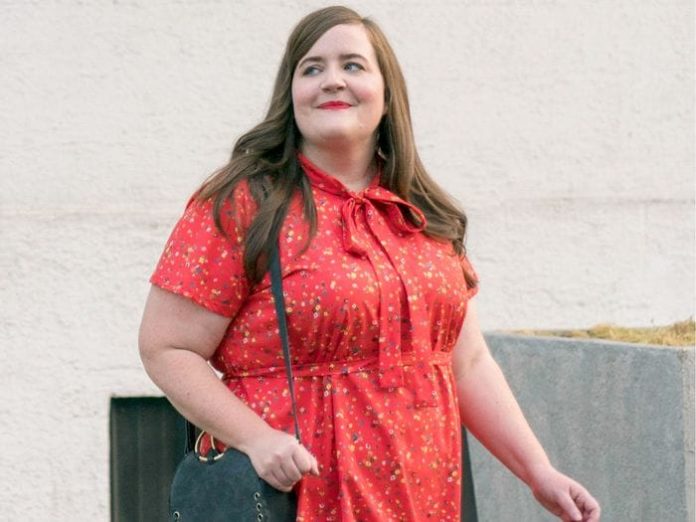 There are no secrets to success, it is the result of preparation, hard work, and determination, this line is very well proved by Aidy Bryant who is an American actress and comedian.

Moreover, she is widely recognized as one of the cast members of the late-night variety series, “Saturday Night Live”. Recently, she also rose to huge fame by serving as a writer, executive producer, and also as starring character in the sitcom, “Shrill”(2019–2021).

Her beauty is enhanced by her blue eyes and brown hair. She is very conscious about her health and maintains her figure with the measurement of 44 inches breast, 34 inches waist, and 45 inches hips approximately. Her bra size is 44B while her dress size is 16 (US).

Working as an actress and comedian, Aidy earns a very decent amount of net worth through her professional career. Having started her career as a writer, Bryant has managed to establish herself as one of the popular female comedians in her decade-long career. According to the sources, her estimated net worth is $4 million approximately.

Born and grew up in Phoenix, Arizona, United States, Aidy belongs to the white ethnicity. She is the loving and talented daughter of Georganna Vinall(mother) and Tom Bryant(father). Apart from that, she grew up with her brother named Patrick Bryant.

As of her education, she enrolled at the Xavier College Preparatory and graduated in the year 2005. Furthermore, she was admitted to Columbia College in Chicago where she graduated with a B.A. in 2009.

During her time at Columbia College, she used to participate in the college’s comedy studies program which was developed by the Theatre Department and The Second City.

Talking about her career, Aidy commenced her career as a writer and ensemble member for both “We’re All In This Room Together” and “Sky’s the Limit, Weather Permitting”. Later, she made her debut as a featured player on the popular late-night variety series, “Saturday Night Live” on September 15, 2012.

Furthermore, in the year 2013, Bryant made her appearance in the second season of IFC’s “Comedy Bang! Bang!”. Apart from that, in the year 2014, she made an uncredited cameo appearance in a superhero film, “The Amazing Spider-Man 2”. Other than this, she has also played a very crucial role as Alice in the Louis C.K. series, “Horace and Pete” in 2016.

Besides this, in the year 2017, Aidy voiced the main character D.D. Danger on the animated series, “Danger & Eggs”. Moreover, in the year 2014, she even got a nomination for a Primetime Emmy Award for the video sketch “Home for the Holiday (Twin Bed)”. Later, in the year 2019, she starred, co-wrote, and co-produced the Hulu series, “Shrill”.

Aidy is a married lady who got married to Conner O’Malley, an American comedy writer, and actor who is widely known for his work on “Late Night with Seth Meyers“.

Moreover, the couple first met each other in the year 2008 as performers at the Annoyance Theatre in Chicago. Later, they started dating each other and finally got engaged in 2016. The couple tied the sacred knot of marriage on April 28, 2018, in a beautiful wedding ceremony.

Here we are providing the list of favorites of Aidy Bryant: 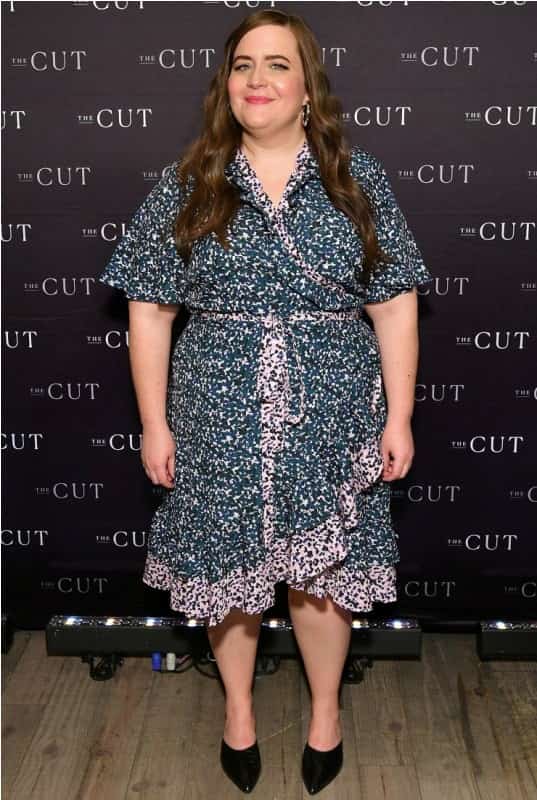 Some Interesting Facts About Aidy Bryant