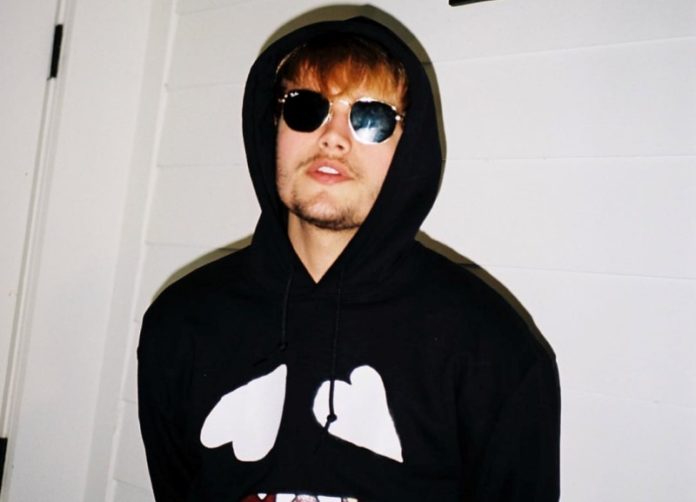 If we attack our problems with determination, we shall succeed, this line has been very well proved by ‘Chase Amick’ professionally known as ‘6 Dogs’ who was an American rapper based. He died at the young age of 21 by committing suicide.

He was well recognized for his hit singles, “Faygo Dreams” and “Flossing”. He was more famous for his style of sad trap music. On 26 January 2021, he left his fans behind when he committed suicide and he had been battling with mental health and depression too as per reports.

Born on 5 May 1999, this handsome rapper died at the age of 21. He seems enough tall with his height which is 174 in centimeters and 5’8” feet. He maintains himself very fit and healthy with a weight of 71 in kilograms and 156 lbs in pounds.

Moreover, he is very conscious about his physique and follows a regular and healthy diet in order to keep himself fit as a fiddle with the body measurements of 39 inches chest, 30 inches waist, and 14 inches biceps approximately.

Chase was born and raised up in Atlanta, Georgia in the United States and belongs to the American-white ethnicity. He didn’t reveal any information with regards to his parents including their names too but he has one sister whose name is also not known.

As for his education, he did homeschooling because of his strict parents and later attended a Christian private school.

As of his career, due to his religious upbringing, 6 Dogs grew up listening to Christian songs. After listening to MC Hammer’s song, he developed an interest in rap music and then started to listen to mainstream rappers such as Lil Wayne, Drake, and Kanye West.

At a young age, he entered the underground hip-hop scene and began rapping in the local scene as a teenager. Because of his strict and religious mother, he kept some of the secrets of the original track for some time. Chase was grounded when his mother found about his rapping but she later allowed him to record more tracks.

In 2016, he uploaded his songs on Soundcloud and his song “Flossing” went viral. After that, he took music seriously and released his most popular track “Faygo Dreams” which has garnered over 14 million views. In 2017, he released an EP, 6 Dogs.

In 2018, he teamed up with producer Danny Wolf for the EP, 6 Wolves. In 2019, he released another EP, Hi-Hats & Heartaches. He released several hit songs such as “Mazi Love”, “Chutup”, “Guccy Armor”, “Flossing”, “Spaceship”, “Buttcheeks”, and “Beautiful Whips” among others.

As for his personal life, he was never got married but he previously dated Arlaina Axenroth.

Here we are providing the list of favorites of 6 Dogs: Some Interesting Facts About 6 Dogs